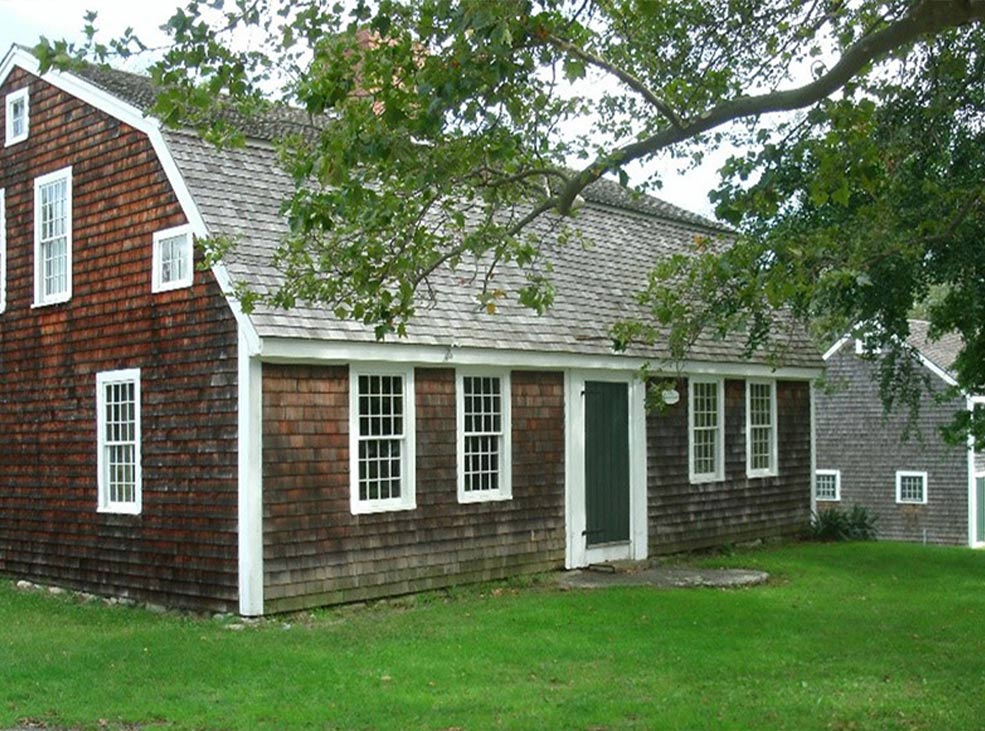 This historic home is open to the public on Society Open House dates, published each year.

When and by whom the picturesque Cudworth House was built has been the subject of conjecture ever since the house became occupied by our Society in 1917.

For many years, it was said that the land on which the house stands was originally granted to the famous colonist, leader for religious freedom, and statesman, General James Cudworth – one of Scituate’s original settlers.
In fact, this land was granted – around 1646 – to another of Scituate’s early settlers, Deacon Richard Garrett, Scituate’s first Town Clerk and Clerk of the Conihasset Partners. The first house on this site is thought to have been built around 1680 by Deacon Garrett’s son Joseph. The Garrett family lived in this first home for 48 years.

The property did not come into the possession of any member of the Cudworth family until 1728, when the last survivor of the Garrett family – the unmarried daughter Jaol Garrett – sold the land and the house to James Cudworth, the great grandson of the famous General. After James’ death in 1783, the property was divided between the surviving Cudworth children – Zephaniah, Abigail, and Rachel.

By 1796, the original 1646 house had suffered fire damage and deteriorated to the point where Zephaniah and his sisters agreed to tear it down – save for the foundation and the chimney stack, which contained the original fireplace and beehive oven. In 1797, the house was rebuilt with its distinctive gambrel roof, an old style which enjoyed a renaissance in the late 18th century. Zephaniah’s son (also named James) inherited the Cudworth House in 1814. Almost forty years later, in 1851, James Cudworth sold the Cudworth House to mariner Theophulus Thorndike of Camden, Maine. The town of Scituate purchased the property in 1916, to make room for the new High School building. The Scituate Historical Society was formed at the same time and given custody of the Cudworth House in 1917. The Cudworth House served as the first headquarters for the new Historical Society and remains one of our most beloved properties.

Contained within the 1797 house are two front parlors – one used for entertainment, such as music practice or hosting guests of honor; the other parlor used for more casual needs of the day including mealtime (other than the kitchen table) or sewing. These two parlors each had a fireplace for the comfort of heat – in fact, the small bedroom behind the more casual parlor was for one of the boys. He was tasked with keeping the kitchen fire going.

Behind the music parlor are two small bedrooms, originally built for Zephaniah’s two unmarried sisters – Abigail and Rachel – who shared in the inheritance from their father James. Today, these are known as “The Sampler Room” and “The Cushing Room”, displaying artifacts of their title. The rooms open out into the large “Great Room”, which we know as the Kitchen. Mordecai Lincoln, an ancestor of President Lincoln, forged the huge cauldron displayed on the hearth. Also of great interest to visitors is the splendid 250 year old large loom – still in working condition!