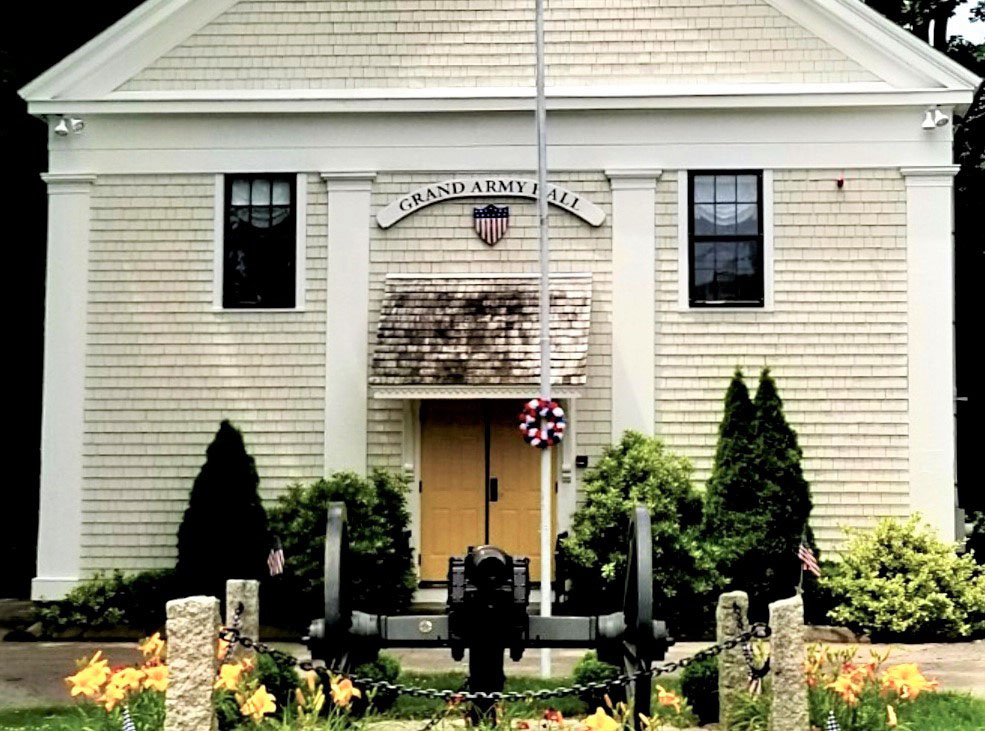 Grand Army of the Republic Hall, 1825

This historic structure is open throughout the year for Society lectures, presentations, & exhibits. The G.A.R. Hall is also available to rent for private functions and events.

Though worn by time and the elements, the canopy’s fine detail – especially the star emblem of the Grand Army of the Republic on both sides – give me pause to think of all of Scituate’s citizens of the past (some well-known while some recalled only by faint memory) who passed beneath its wooden shade.

Jenkins converted the meeting house into a hall, constructing a stage and renting to social and benevolent groups for meetings and entertainments.

In 1875, one hundred and twenty veterans who had served in the Civil War formed the George W. Perry Post No. 31. In 1883, the veteran group purchased the hall from the Jenkins family, renaming the Grand Army Hall.

For the next 50 years, the Grand Army Hall was the center of town gatherings. Patriotic speeches echoed from its walls on Memorial Day, July 4th, and later on Armistice/Veterans Day. Many an old soldier, who had shouldered a musket in Mr. Lincoln’s Army as a young man, recounted stories of the War. The Women’s Relief Corps organized events to raise money for disabled veterans and their families. The Sons of Union Veterans, Charles F. Bates camp, raised money for the care of veterans’ graves.

In 1953, the Town of Scituate took over the Hall, and, for the next twenty years it was used regularly. Time and neglect, however, had begun to take its toll on the aging structure.

On July 26, 2008, a refurbished and restored Grand Army Hall of the Republic reopened for its one hundred and eighty-third year of community use. The years have come full circle. Once again, the Hall is alive with the Society’s GAR Hall Lecture Series – an entertaining and provocative series of presentations of area authors, journalists, historians, and personalities. The GAR Hall is also available for private rental for functions and events.

When you visit, you will be immediately struck by the beautiful original pine floors and the outline of the straight-backed church pews from 1825 and the Baptist Society days. Printed on the walls are excerpts from letters that Scituate soldiers sent home from the Civil War battlelines… and photomurals of the fine men and women of the Grand Army of the Republic Veteran Post No. 30 wrap the space in their memory. 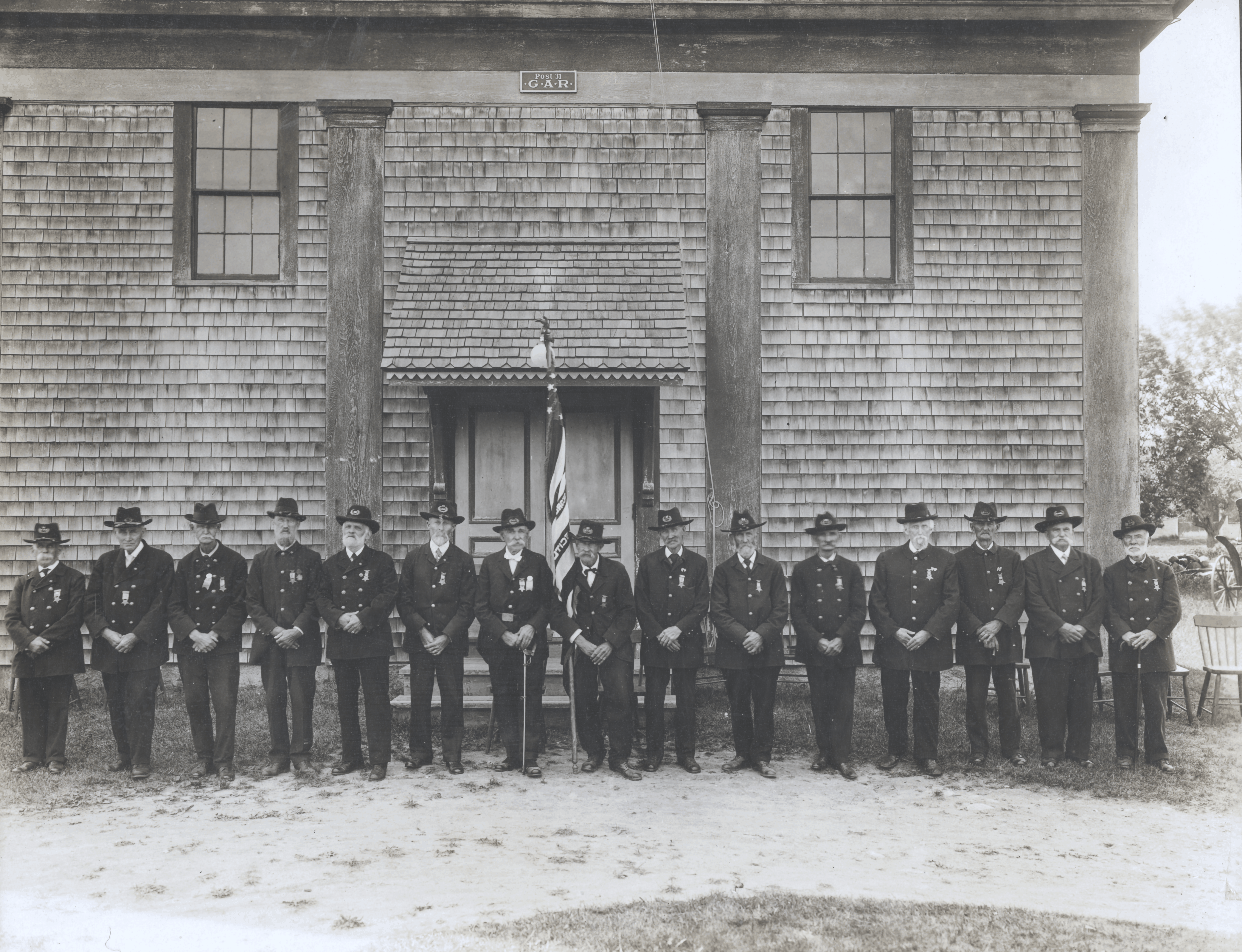 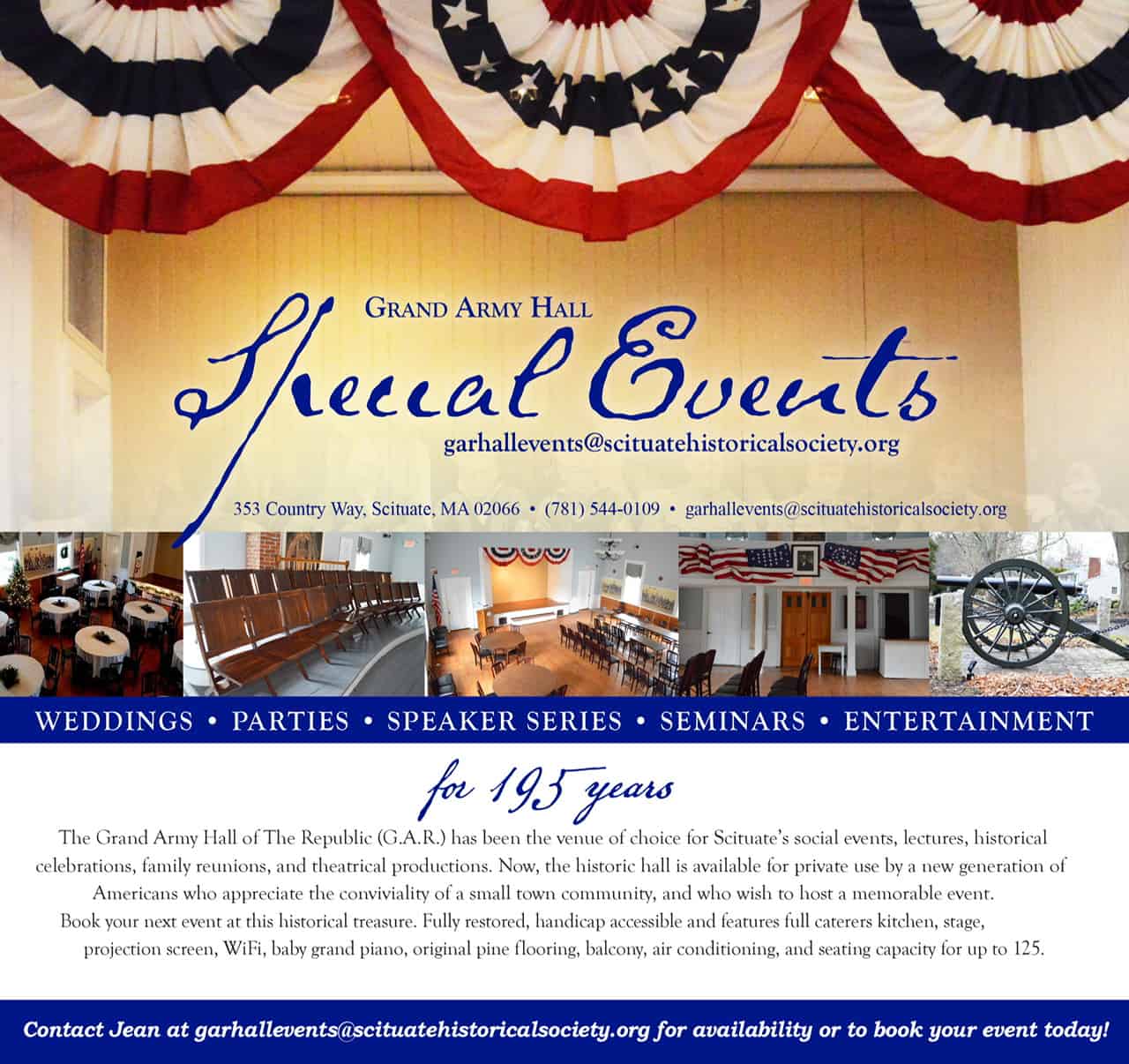