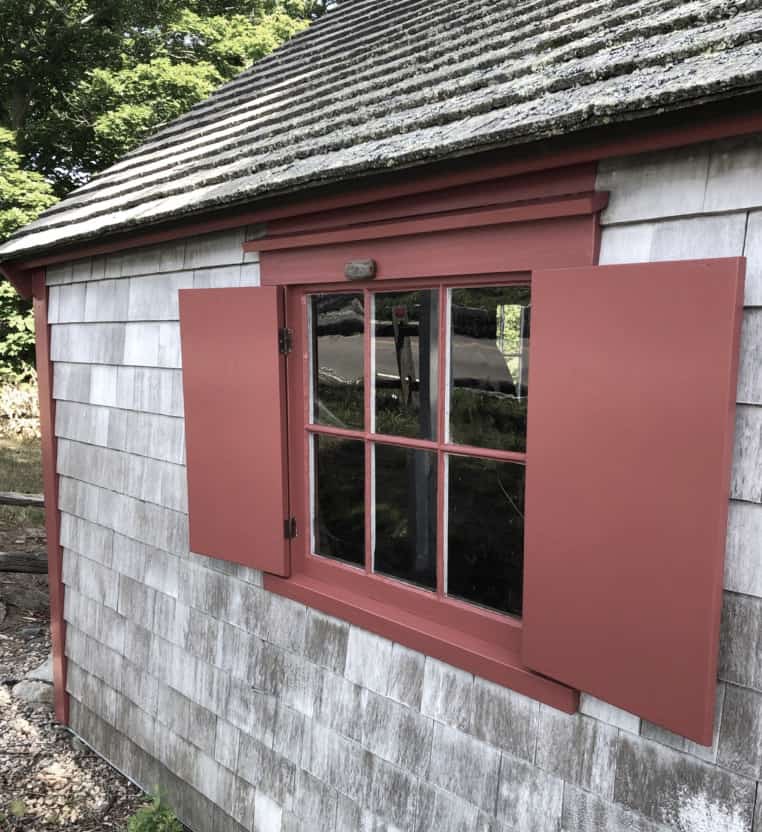 This historic structure is open to the public on Society Open House dates, posted each year.  The adjoining pocket park is open daily.

Although Scituate is rich in the lore surrounding her patriots and pioneers, her colonial houses and her farm stands, the Greenbush section is hallowed ground.

Here in Scituate – in the early 1600’s – it is said that corn fields covered all four cliffs.  Converting these crops into meal was an arduous daily task, performed with mortar and pestle by the settlement’s women.

In 1635, Isaac Stedman, a native of County Kent England, sailed to the New World on the ship Elizabeth.  He was thirty years old and was a tanner by trade.  With him came his wife Elizabeth, age twenty-six, and two sons – Nathaniel, age five years, and Isaac, age one year.

About the Stockbridge Grist Mill

Isaac Stedman and his family worked their way from Plymouth to the part of Scituate known as “The Greene Bush”.

In 1637, he was allotted a Kings Grant of land of about twenty acres near the end of the old Driftway.  On his property were three large brooks with strong water supply.  Up until this point, little or no natural water power existed in the Colony for milling purposes.  Stedman proceeded to dam First Herring Brook – forming the pond later made famous by the poet Samuel Woodworth – and built a much-needed sawmill in 1640.

A few years later, c.1650, John Stockbridge constructed a water-driven grist mill for grinding corn alongside the Stedman sawmill.  Before moving his family to Boston, Isaac Stedman sold the saw mill.  In 1662, John’s son Charles Stockbridge would become sole owner of both the saw and grist mills.  They would be known from then on as the Stockbridge Mills.  On the pond, Charles Stockbridge also built his family home – so strongly constructed as to serve as the principal garrison for the Greenbush colonial settlement.

The Stockbridge Mills – both the sawmill and the grist mill – would remain in the Stockbridge family for over 160 years – through the horrors of King Philip’s War, the years of the American Revolution and beyond.  Around 1794, the Clapp family of Greenbush became involved with both mills – first as managers of the mills and eventually, in 1830, as owners.

William “Pete” Clapp died in 1935 as the “last miller of Greenbush”, but not before deeding the pond to the Town of Scituate and donating the Grist Mill to the Scituate Historical Society.

This venerable structure – a hard-working Colonial grist mill – remains today the oldest mill of its kind in America. 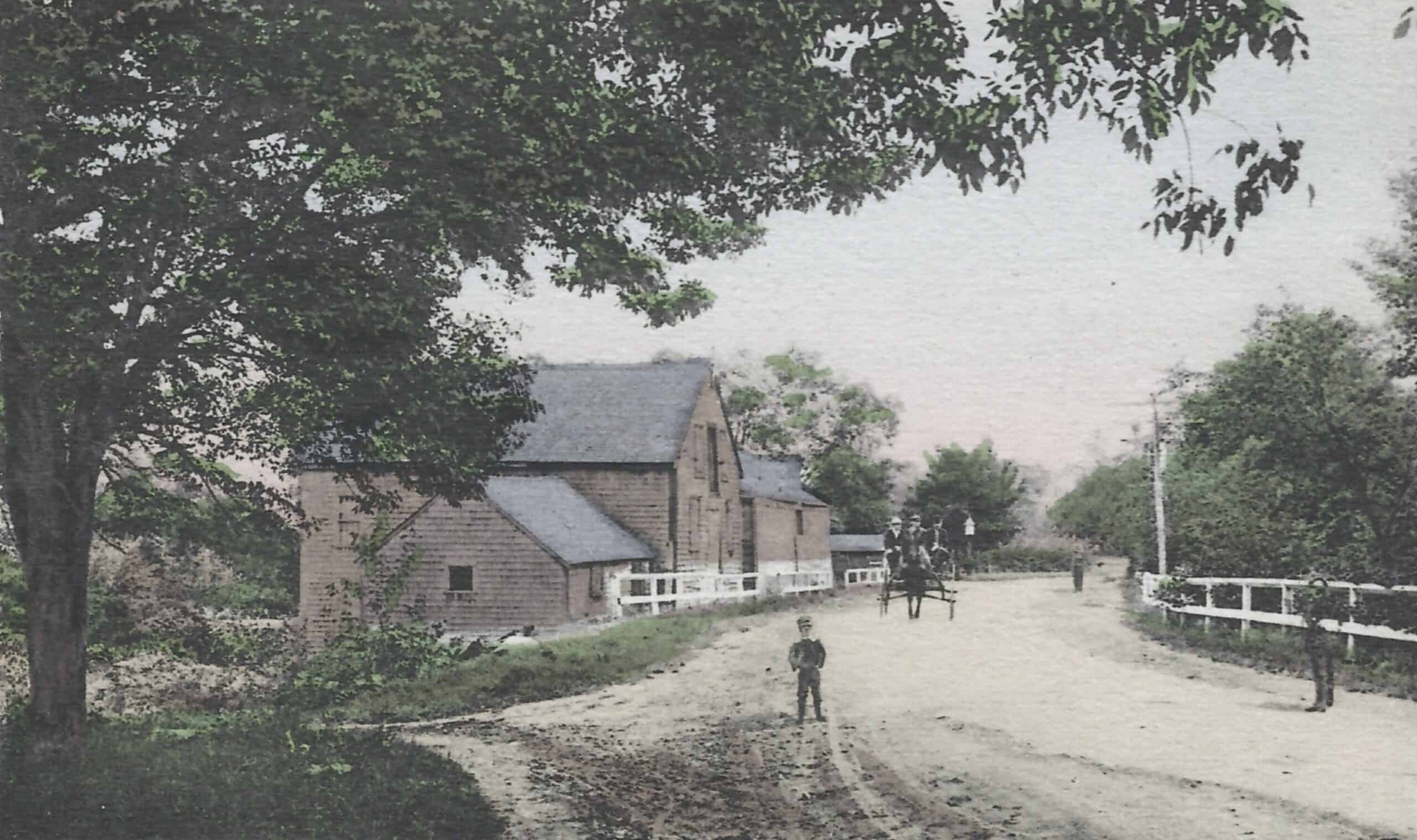 About the Stockbridge Grist Mill

The term “gristmill” became common in the United States and Britain to describe a small mill open to anyone who came with product.  A miller ground whatever was brought to him and charged a portion of the final product for the service.

Grist can be ground coarse or fine and used for cooking, brewing or animal feed. To do this, the miller would adjust the millstoness exactly the right distance apart for the type of grind to be done.  Millstones are traditionally enclosed to minimize dust, contain the ground product and keep it free from dirt.  This meant that the positioning of the stones could not be judged by eye.

Needing to trust in all their senses, milling was considered an art and techniques were passed down from miller to miller. 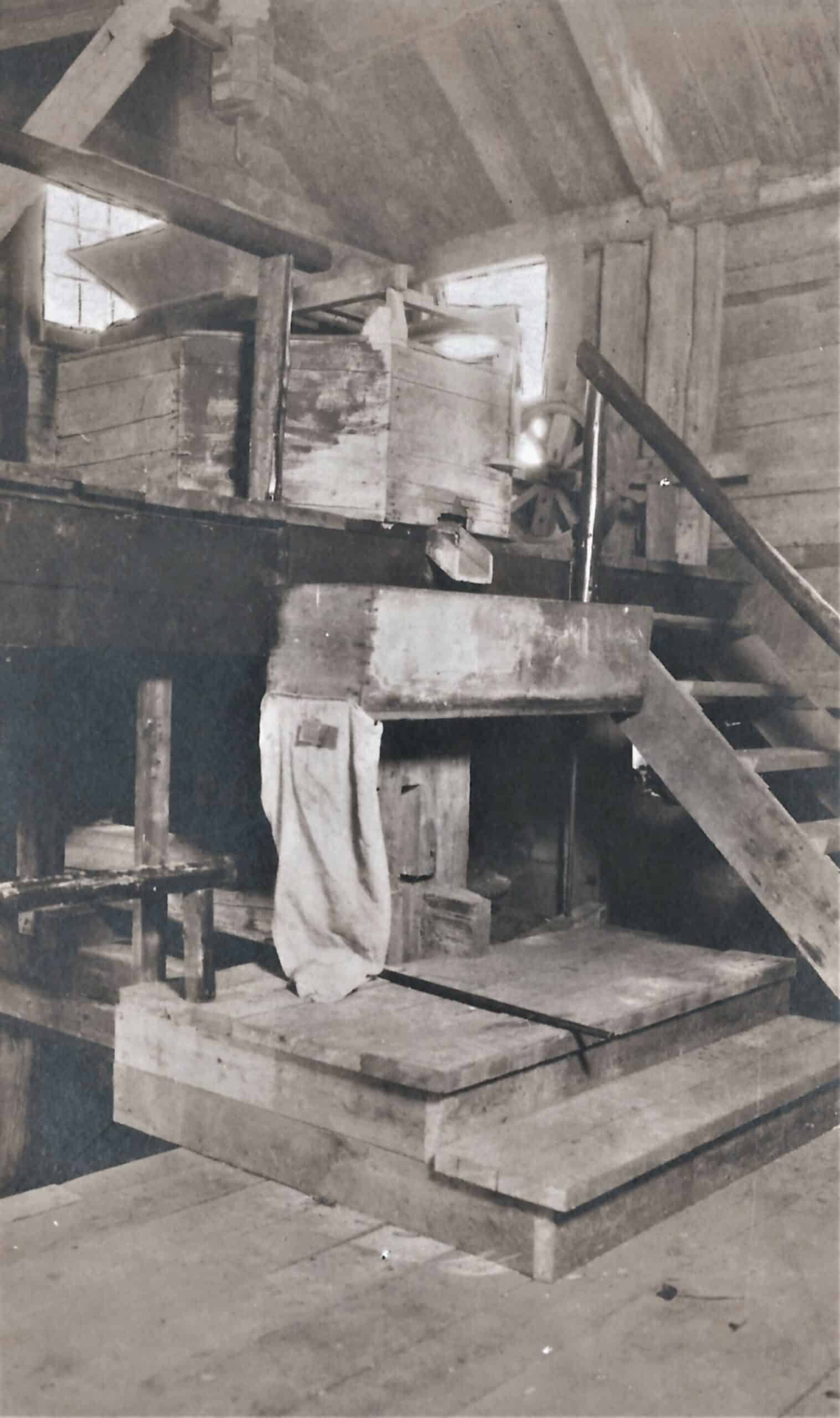 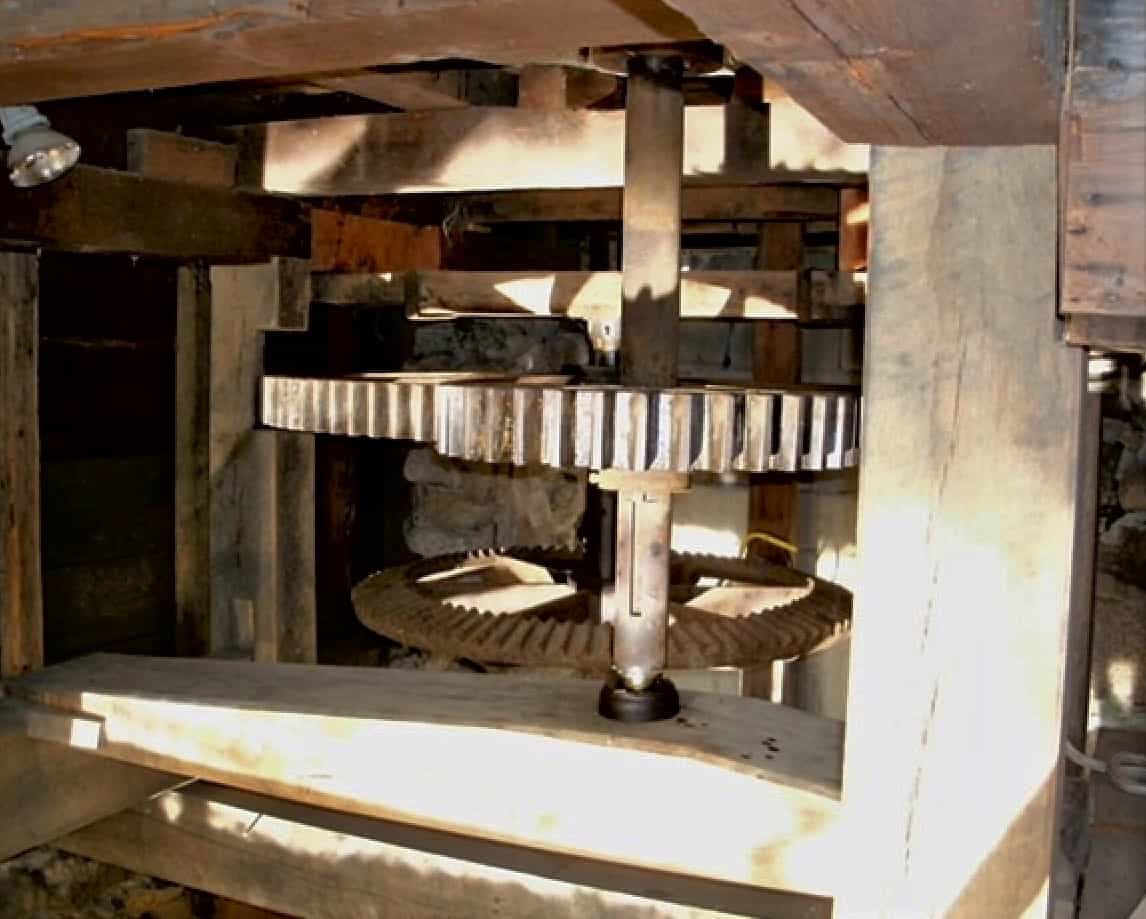 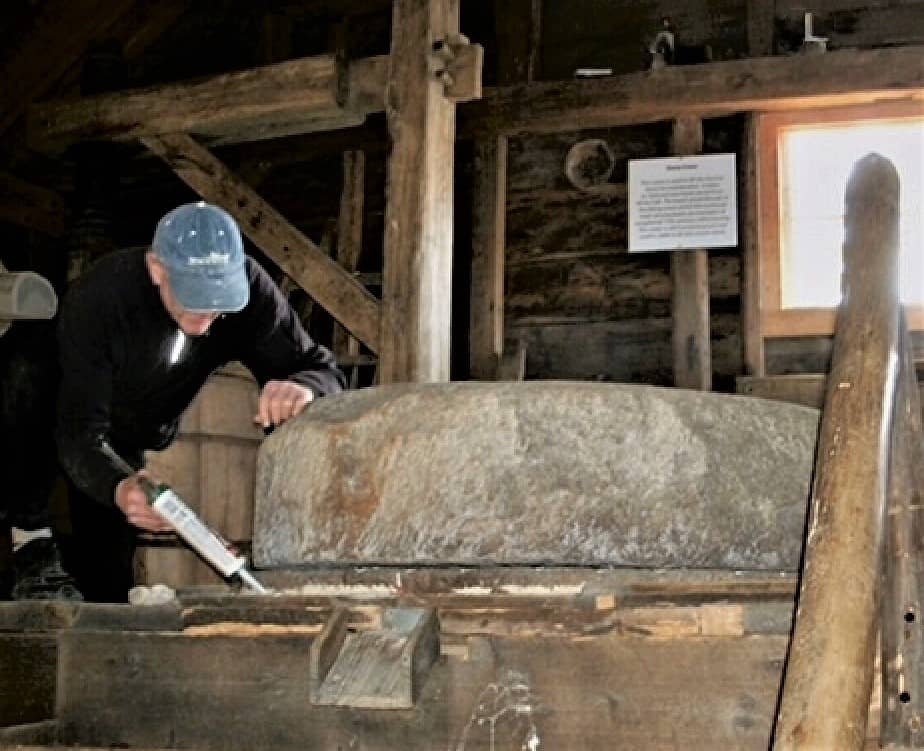 Much of the machinery seen in the mill today was installed by John Stockbridge over three hundred and eighty years ago.  With the exception of a newer power unit and the running millstone, the mill stands in nearly original condition.  The Nether millstone, the gate wheel, as well as the original crane and large wooden screw used to lift the millstones, are all original.  The cast iron drive gears are believed to have been cast in England.

In 1823, while still under the Stockbridge family ownership and the Clapp family management the grist mill power unit was changed from the old undershoot wheel to a more modern turbine water wheel.

The upper level over the spillway contains the millstones.  Originally this level stood even with the road to facilitate the handling of grain.  The lower level contains a bin and a platform where the meal was bagged and delivered to the owner through an opening in the side of the building.

The Society’s Years at the Mill…

The Clapp families handed the Mill over to the Scituate Historical Society in 1922.  The society kept the Mill in use until 1936, grounding corn for special events, before it went out of operation due to outstanding mechanical issues.

Although the Mill was restored to working condition and reopened to the public in 1970, the society closed its doors again in 1994 for additional repairs.

The society began reinvesting time and money into restoring the Mill in 1997, and by 1999 had secured $22,000 for repairs.  Additional grant monies followed, including approximately $91,000 in Community Preservation Act funds for renovations in 2002.  The installation of a new turbine represented the last step of the renovation and an operational mill reopened to the public in 2007.

Although the Mill continues to be open for tours during Society Open Houses, operation of the ancient machinery is infrequent.  The Mill uses town water and needs to be cleared for use through town officials.  “It takes a lot of water from Greenbush Pond.  It’s an issue of the water levels.”

William Pete Clapp’s vision and his generosity to the townsfolk of Scituate enabled the town to construct a viable water treatment facility next to the pond.

Shaded by a ring of large trees, the pond remains a peaceful spot and a welcoming landmark to our town.