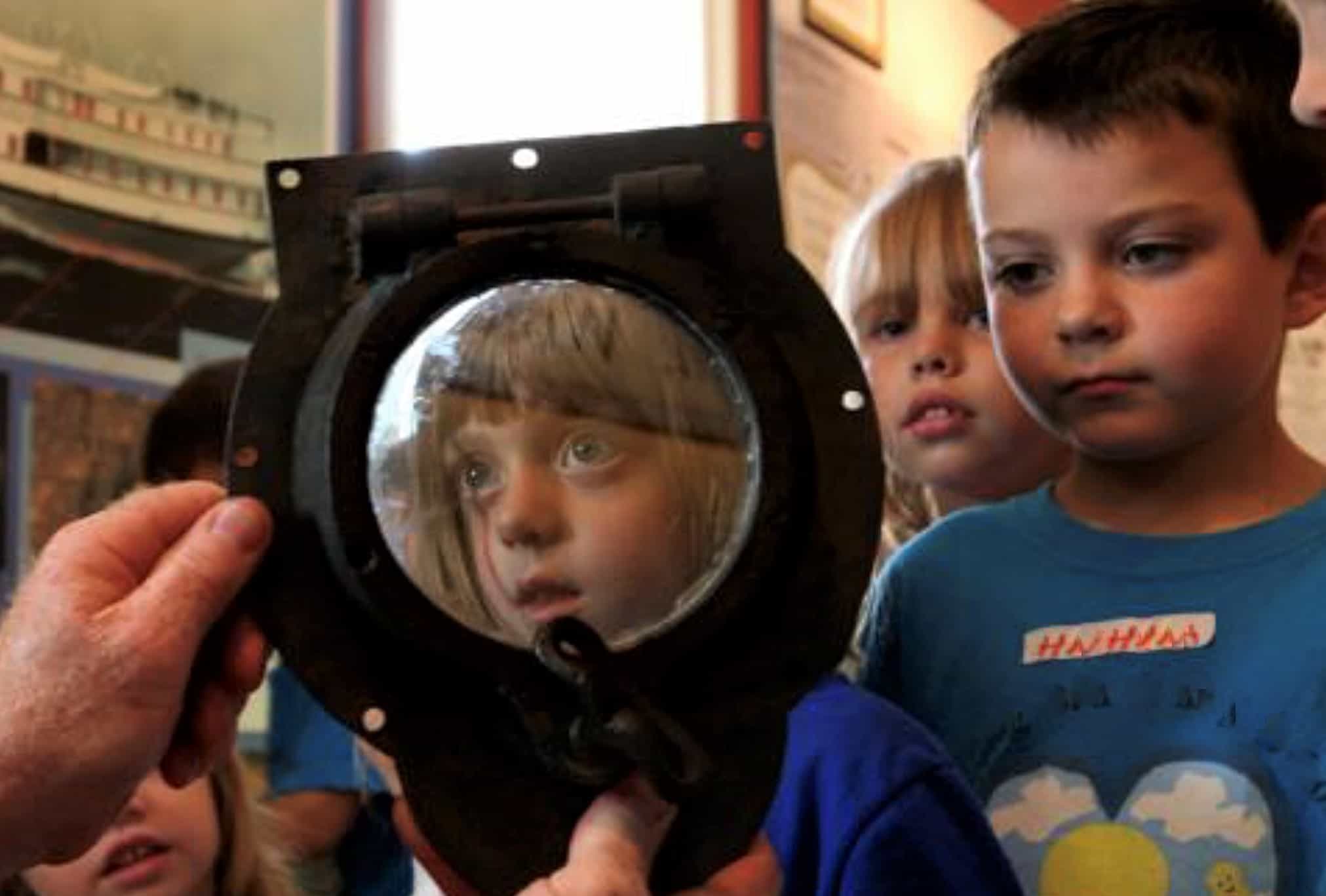 The Museum is open to the public on Sundays, 1-4 pm.

They were mossers, fishermen, and farmers. But in the face of adversity, they became as supermen and, in their zeal, achieved what ordinary men would not have dreamed of achieving.

Set in the 1739 residence of Captain Benjamin James – a militia captain and shoemaker – the Society’s Maritime & Irish Mossing Museum stands out as one of the Commonwealth’s true “gems” of local history. Envisioned, designed, and curated by Society volunteers, this unique museum opened its doors in 1997.

Since then, the Maritime & Irish Mossing Museum has been featured in Smithsonian Magazine, Chronicle, the Discovery Channel, the History Channel, and many local publications. In 2021, the Museum was accepted as a member institution of the Council of American Maritime Museums (CAMM), joining other museums – such as Mystic Seaport, the Peabody Essex Museum, Nantucket Whaling Museum, and Hull Life-Saving Museum – working toward the preservation and interpretation of North America’s maritime heritage.

Currently, the Museum features five major topics within its exhibit spaces. Owing to Scituate’s treacherous coastline, the Shipwreck Room highlights the devastation and remarkable frequency of shipwrecks off of our shore over the years. One highlight is the Portland Gale of 1898 – a deadly storm so powerful that it drove open a new mouth in the North River. The Lifesaving Room pays tribute to the ingenuity and courage of early lifeboat volunteers in the Humane Society of the Commonwealth of Massachusetts and, later, the U.S. Lifesaving Service. In the Irish Mossing Room, visitors become acquainted with the backbreaking work of hauling Irish moss up from the ocean floor. One will learn about the history of this uniquely Scituate industry, the dories and tools used, the products made from moss – and can explore the last remaining Irish Mossing shed in the U.S.

Upstairs in the Museum, visitors will find the Ship Captain’s Room – a period room devoted to a ship captain’s family life with artifacts from Scituate Captains Cook, Vinal, Colman, and others. The Shipbuilding Room traces the 250-year history of shipbuilding on the North River where over one thousand ships were constructed! Among the many famous ships born in the cradles of the North River shipyards were the Essex, the inspiration for Melville’s Moby Dick; the Bedford, the first American ship to cross the Atlantic to England; and the Columbia, the first American ship to circumnavigate the globe. From its conception, the Museum’s ability to bring Scituate’s maritime history to life has been enriched tremendously by the donations of four local divers – Tom Mulloy, Debra Jackson, Hank Lynch, and the late Bill Carter. While much maritime history has been chronicled in museum exhibits, books, and films, a vast amount still lies at the bottom of the sea. These divers have made it their life’s work to preserve the seafarers’ past and pass the stories onto others.

The Front Room houses a compelling display featuring the team’s on-going archeological dive site right off the coast of Third Cliff – the 1853 wreck of the Forest Queen. In addition, relics from other local wrecks being investigated by this team can be seen throughout the Museum. Of particular interest is a magnificent brass whistle from the doomed tanker Pinthis, on display in the Shipwreck Room – retrieved, hand-cleaned and buffed by Bill Carter.

Presently on the National Registry of Historic Places, the James House was built in 1739 by Benjamin James, a shoemaker and captain in the Scituate Militia.

The house is a classic example of early English vernacular design with its rectangular plan, massive center chimney and exposed post and beam construction. Originally, the house boasted seven rooms that included an ell that served as a summer kitchen. Eight fireplaces provided light and warmth during the long New England winters. The property was part of a fifty-acre parcel that included salt marshes which were valued as forage for livestock and insulation for dwellings. Part of what was once a large apple orchard can be seen today next to the Museum. Captain James died in 1788.

In 1791, the Colonies experienced an epidemic of smallpox that did not subside until 1793. At the time of the outbreak, the James House was vacant. Because of its isolated location, it was taken over by the town of Scituate as a “Pest House”, a hospital for those suffering from the disease. The second floor provided eight beds to the community during the epidemic. The house was returned to the James family heirs in 1794 after a costly renovation including actual charring of the beams to eliminate any lingering danger of small pox infestation. Visitors can see evidence of the charring today.

The house later passed on to the Gillis/Quinn family until it was purchased by the Scituate Historical Society in 1995. This purchase was made possible through the generosity of the late Dorothy Wood’s bequest. The building opened as the Maritime & Irish Mossing Museum in 1997 – a fitting tribute to Scituate’s maritime heritage as well as the preservation of an early American home.