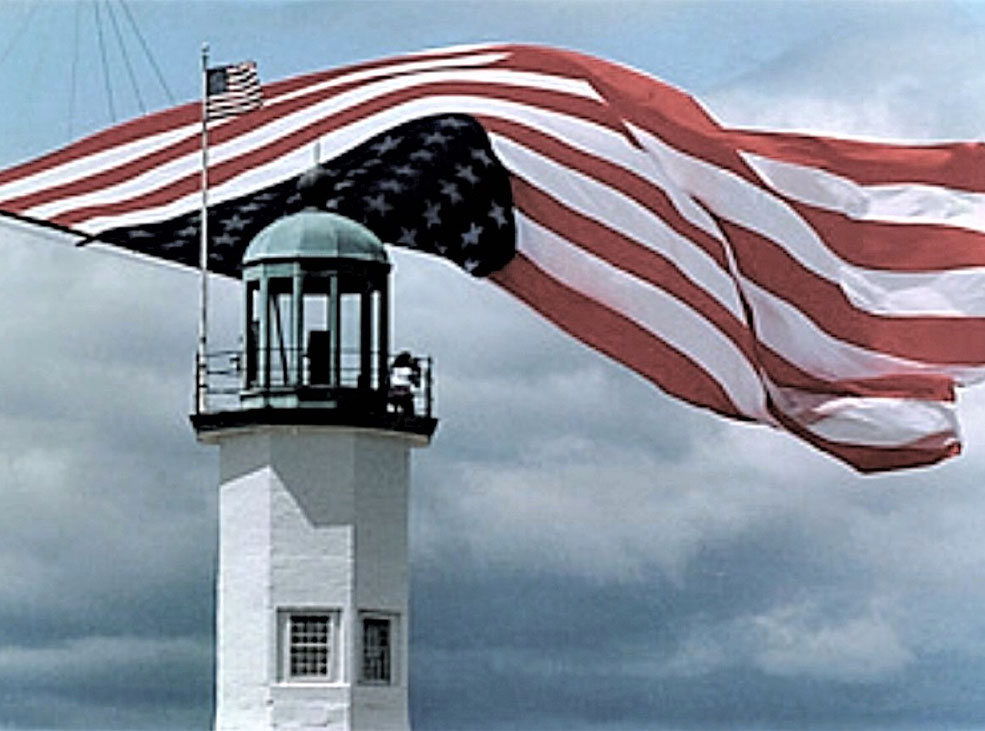 The Lighthouse is open to the public on Society Open House dates, posted each year. The Lightkeeper’s cottage is a private residence. Please respect this home!

The walkways are available daily.

Scituate Light is arguably the most iconic and beloved of our town’s landmarks. A day does not pass – summer or winter – without someone walking its perimeter and taking in the view.

In the year 1810, the U.S. Congress voted $4,000 to build a lighthouse at Scituate Harbor. The Light, of split granite blocks with a one and a half story house attached, was activated in 1811.

Captain Simeon Bates, the first keeper of Scituate Lighthouse, his wife and nine children lived at the house. During the War of 1812, Abigail and Rebecca – the young daughters of Keeper Bates – prevented the British from sacking the town. Or so it is said….

Noting the approach of two Redcoat-filled barges from a British ship of war hovering off-shore, the girls snatched a fife and drum. Hiding behind a thick cluster of cedar trees, they made such a din that the British mistook them for an entire regiment and made a hasty retreat. Abigail and Rebecca Bates have gone down in history as the fabled “American Army of Two”, the subject of many storybooks and legend. Because mariners complained that the Light could not be seen from far enough away to make proper heading adjustments, the U.S. Government added fifteen feet in height to the tower in 1827, mortaring red brick on top of the granite blocks. The Light was deactivated in 1860 with the construction of the new Minot’s Light to the north, and the lantern room was removed. A minor beacon was kept at the end of the breakwater extending to the south from Cedar Point.

In 1916, the Town of Scituate purchased the Lighthouse from the federal government for $1,000 – thus saving it from public auction. In 1930, the town built a new lantern room atop the light. The town justified the expense – even though it was the first year of the Great Depression – by stating that “a community is judged by the condition of its public buildings; therefore, the Lighthouse should be well kept and in pleasing looking condition”. Town Meeting awarded custody and administration of the Lighthouse to the Scituate Historical Society in 1968.

In 1994, Scituate Lighthouse was relit for the first time in 134 years – a welcoming beacon to our lovely harbor!