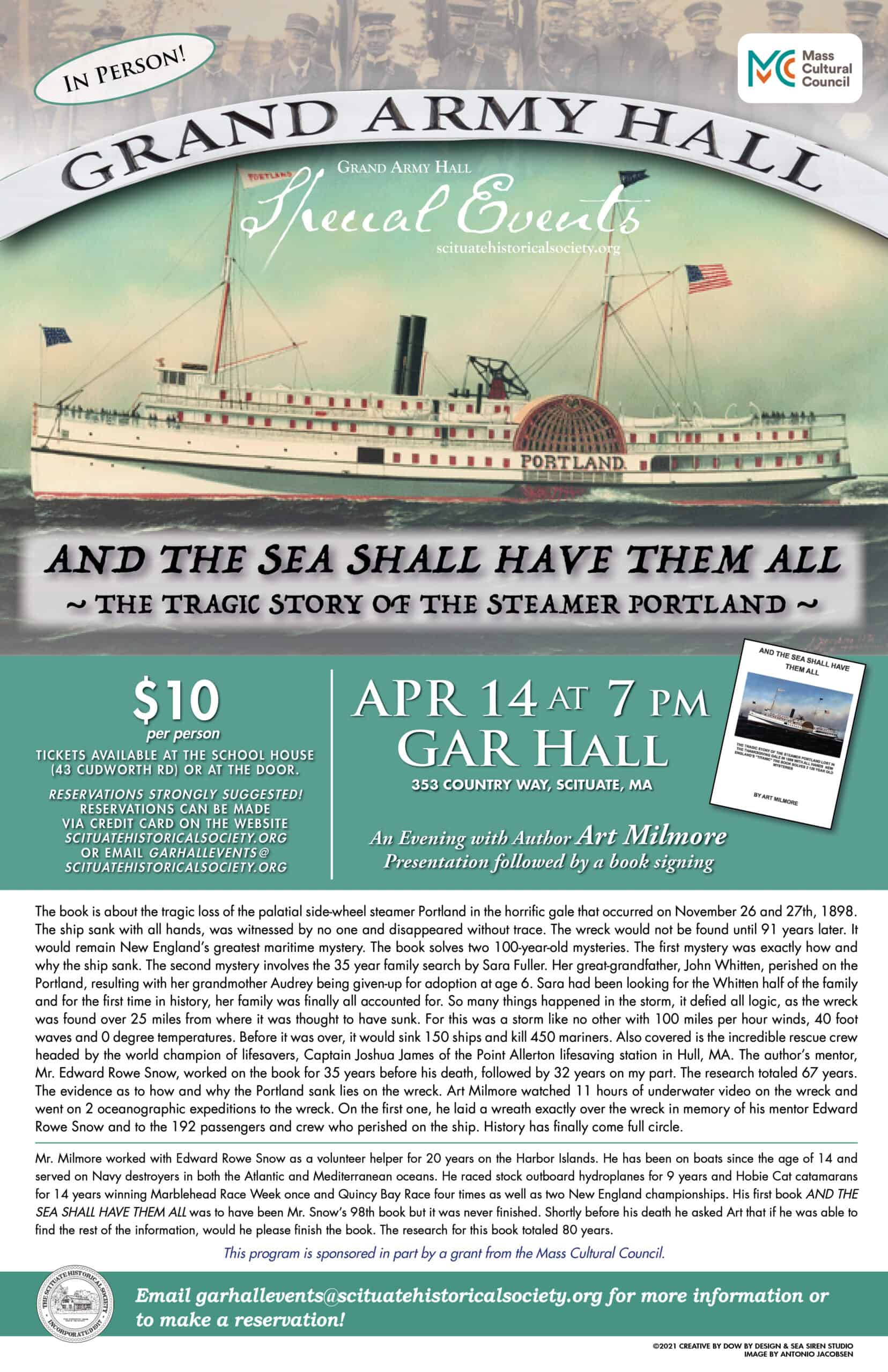 The book, And the Sea Shall Have Them All,  is about the tragic loss of the palatial side-wheel steamer Portland in the horrific gale that occurred on November 26 and 27th, 1898.  The ship sank with all hands, was witnessed by no one and disappeared without a trace. The wreck would not be found until 91 years later. It would remain New England’s greatest maritime mystery.

The author’s mentor, Mr. Edward Rowe Snow, worked on the book for 35 years before his death, followed by 32 years on the author’s part. The research totaled 67 years.  The evidence as to how and why the Portland sank lies on the wreck. Art Milmore watched 11 hours of underwater video on the wreck and went on 2 oceanographic expeditions to the wreck. On the first one, he laid a wreath exactly over the wreck in memory of his mentor Edward Rowe Snow and to the 192 passengers and crew who perished on the ship. History has finally come full circle.

This program is sponsored in part by a grant from the Mass Cultural Council.

Email GAR Hall Events for more information or to make a reservation!