Beyond The 54th-Massachusetts 54th Regiment 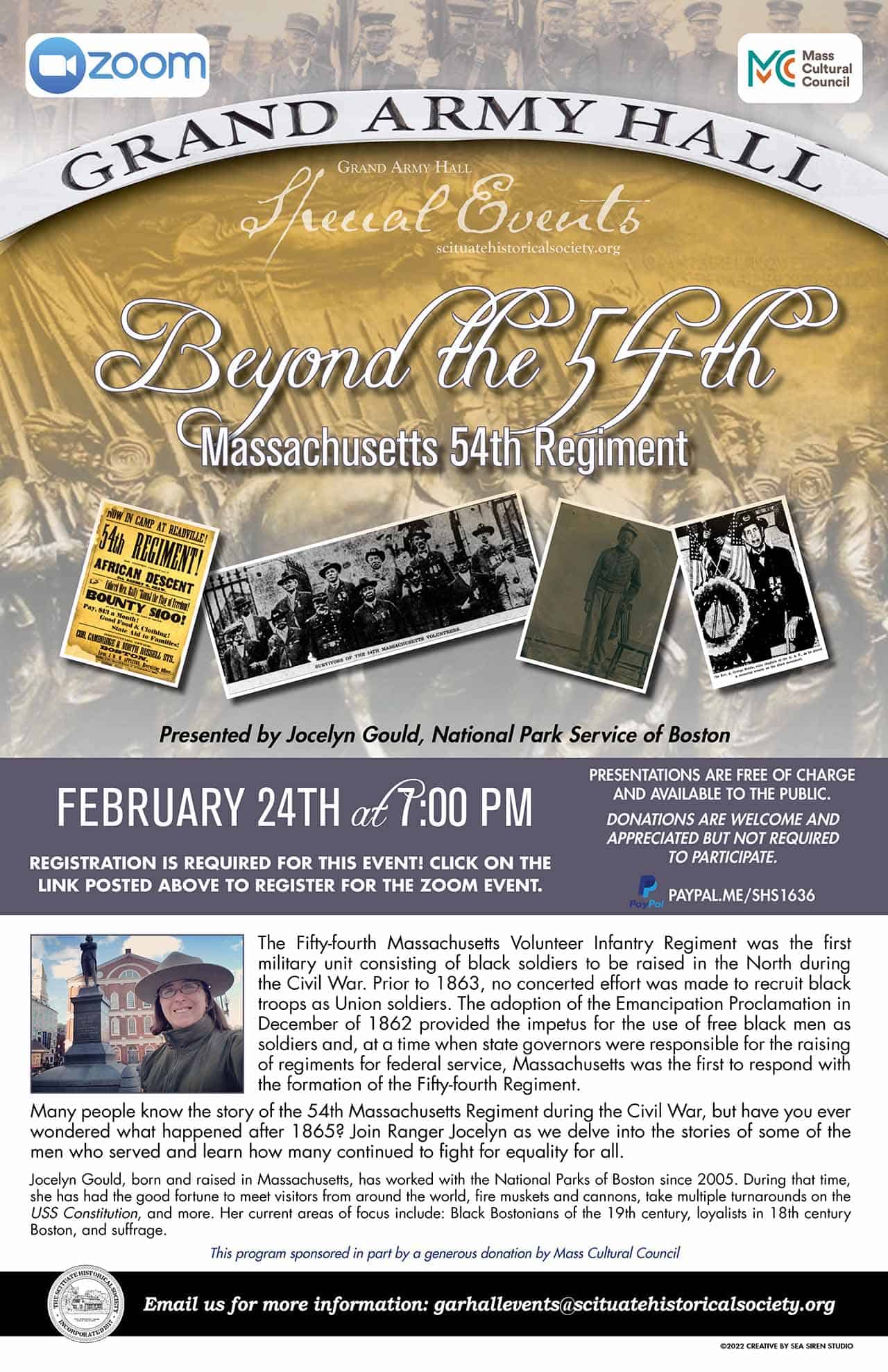 The Fifty-fourth Massachusetts Volunteer Infantry Regiment was the first military unit consisting of black soldiers to be raised in the North during the Civil War. Prior to 1863, no concerted effort was made to recruit black troops as Union soldiers. The adoption of the Emancipation Proclamation in December of 1862 provided the impetus for the use of free black men as soldiers and, at a time when state governors were responsible for the raising of regiments for federal service, Massachusetts was the first to respond with the formation of the Fifty-fourth Regiment.

Many people know the story of the 54th Massachusetts Regiment during the Civil War, but have you ever wondered what happened after 1865? Join Ranger Jocelyn as we delve into the stories of some of the men who served and learn how many continued to fight for equality for all.

Jocelyn Gould, born and raised in Massachusetts, has worked with the National Parks of Boston since 2005. During that time, she has had the good fortune to meet visitors from around the world, fire muskets and cannons, take multiple turnarounds on the USS Constitution, and more. Her current areas of focus include: Black Bostonians of the 19th century, loyalists in 18th century Boston, and suffrage.

Beyond The 54th-Massachusetts 54th Regiment