Inferno: The Great Boston Fire of 1872 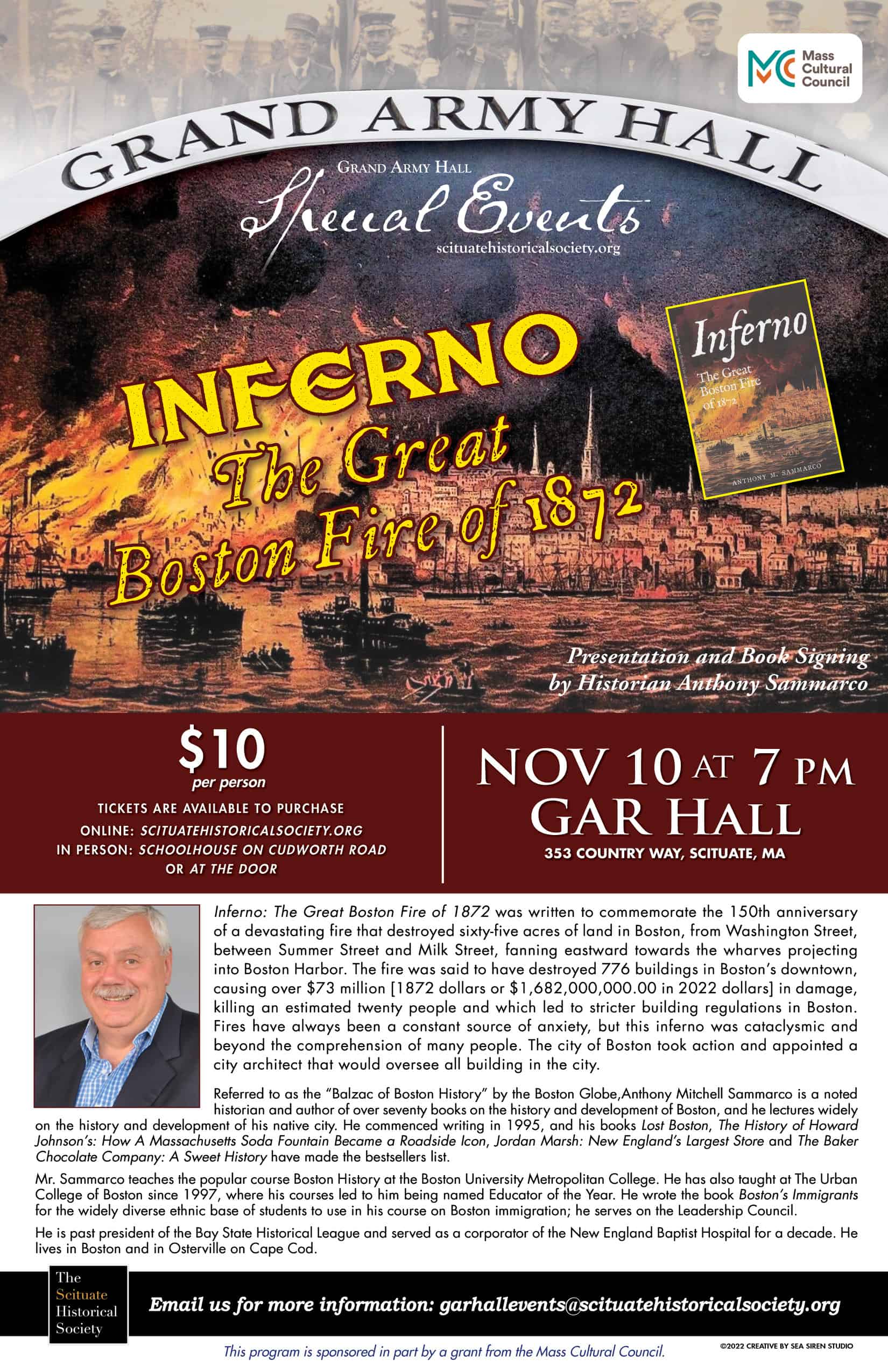 Inferno: The Great Boston Fire of 1872 was written to commemorate the 150th anniversary of a devastating fire that destroyed sixty-five acres of land in Boston, from Washington Street, between Summer Street and Milk Street, fanning eastward towards the wharves projecting into Boston Harbor. The fire was said to have destroyed 776 buildings in Boston’s downtown, causing over $73 million [1872 dollars or $1,682,000,000.00 in 2022 dollars] in damage, killing an estimated twenty people and which led to stricter building regulations in Boston. Fires have always been a constant source of anxiety, but this inferno was cataclysmic and beyond the comprehension of many people. The city of Boston took action and appointed a city architect that would oversee all building in the city.

Alternately, you can also:

About Anthony Sammarco:  Referred to as the “Balzac of Boston History” by the Boston Globe,Anthony Mitchell Sammarco is a noted historian and author of over seventy books on the history and development of Boston, and he lectures widely on the history and development of his native city. He commenced writing in 1995, and his books Lost Boston, The History of Howard Johnson’s: How A Massachusetts Soda Fountain Became a Roadside Icon, Jordan Marsh: New England’s Largest Store and The Baker Chocolate Company: A Sweet History have made the bestsellers list.

Mr. Sammarco teaches the popular course Boston History at the Boston University Metropolitan College. He has also taught at The Urban College of Boston since 1997, where his courses led to him being named Educator of the Year. He wrote the book Boston’s Immigrants for the widely diverse ethnic base of students to use in his course on Boston immigration; he serves on the Leadership Council.

He is past president of the Bay State Historical League and served as a corporator of the New England Baptist Hospital for a decade. He
lives in Boston and in Osterville on Cape Cod.

Inferno: The Great Boston Fire of 1872