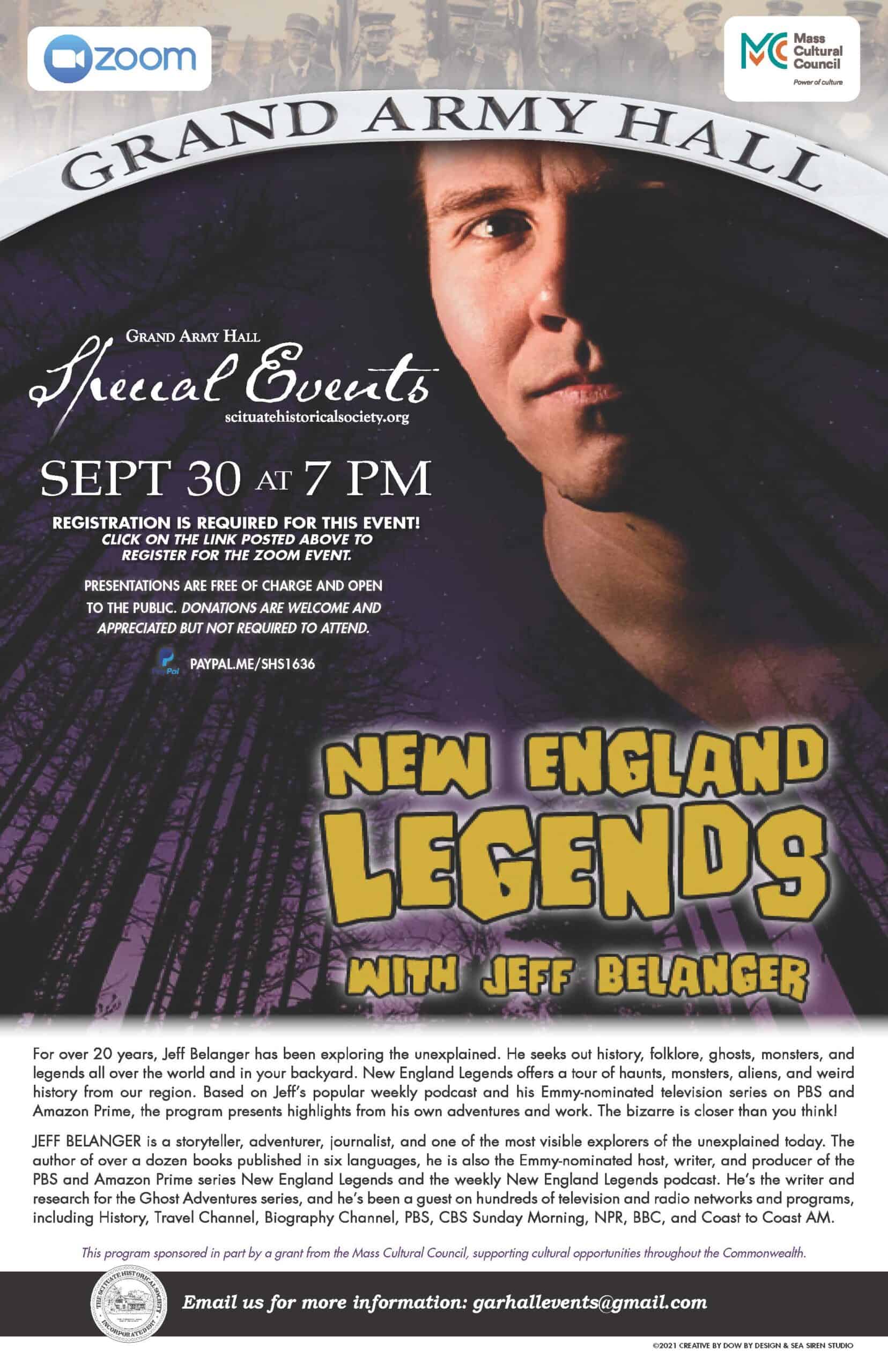 For over 20 years, Jeff Belanger has been exploring the unexplained. He seeks out history, folklore, ghosts, monsters, and
legends all over the world and in your backyard. New England Legends offers a tour of haunts, monsters, aliens, and weird history from our region. Based on Jeff’s popular weekly podcast and his Emmy-nominated television series on PBS and Amazon Prime, the program presents highlights from his own adventures and work. The bizarre is closer than you think!

JEFF BELANGER is a storyteller, adventurer, journalist, and one of the most visible explorers of the unexplained today. The author of over a dozen books published in six languages, he is also the Emmy-nominated host, writer, and producer of the PBS and Amazon Prime series New England Legends and the weekly New England Legends podcast. He’s the writer and researcher for the Ghost Adventures series, and he’s been a guest on hundreds of television and radio networks and programs, including History, Travel Channel, Biography Channel, PBS, CBS Sunday Morning, NPR, BBC, and Coast to Coast AM.

PRESENTATION IS FREE OF CHARGE AND OPEN TO THE PUBLIC.   DONATIONS ARE WELCOME AND APPRECIATED BUT NOT REQUIRED TO ATTEND.