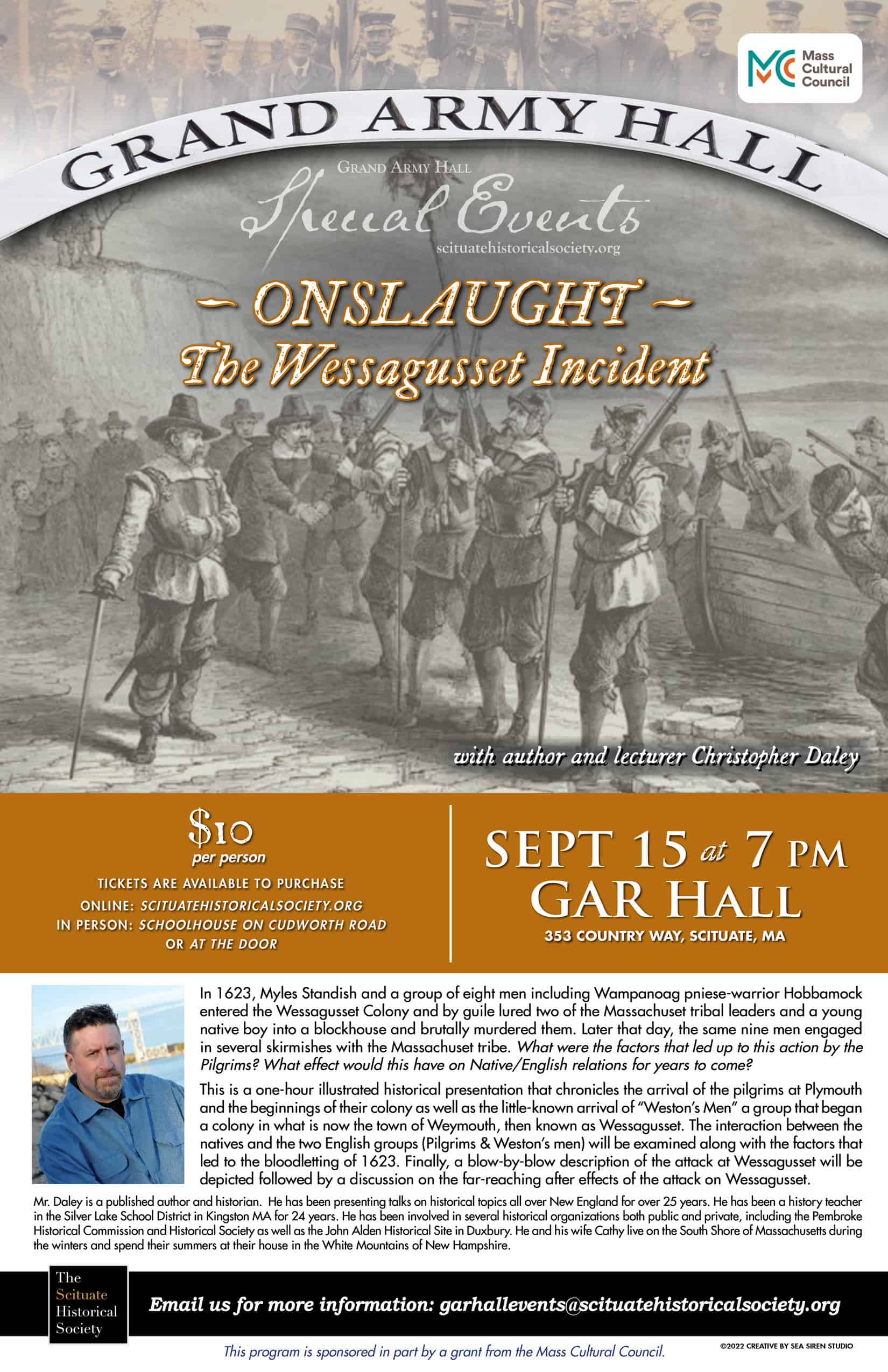 ..with author and lecturer Christopher Daley

In 1623, Myles Standish and a group of eight men, including Wampanoag pniese-warrior Hobbamock, entered the Wessagusset Colony and by guile lured two of the Massachuset tribal leaders and a young native boy into a blockhouse and brutally murdered them. Later that day, the same nine men engaged in several skirmishes with the Massachuset tribe. What were the factors that led up to this action by the Pilgrims? What effect would this have on Native/English relations for years to come?

This is a one-hour illustrated historical presentation that chronicles the arrival of the pilgrims at Plymouth and the beginnings of their colony as well as the little-known arrival of “Weston’s Men”, a group that began a colony in what is now the town of Weymouth, then known as Wessagusset. The interaction between the natives and the two English groups (Pilgrims & Weston’s men) will be examined along with the factors that led to the bloodletting of 1623. Finally, a blow-by-blow description of the attack at Wessagusset will be depicted followed by a discussion on the far-reaching after effects of the attack on Wessagusset.

Alternately, you can also:

About Christopher Daley:  Mr. Daley is a published author and historian. He has been presenting talks on historical topics all over New England for over 25 years. He has been a history teacher in the Silver Lake School District in Kingston MA for 24 years. He has been involved in several historical organizations both public and private, including the Pembroke Historical Commission and Historical Society as well as the John Alden Historical Site in Duxbury. He and his wife Cathy live on the South Shore of Massachusetts during the winters and spend their summers at their house in the White Mountains of New Hampshire.