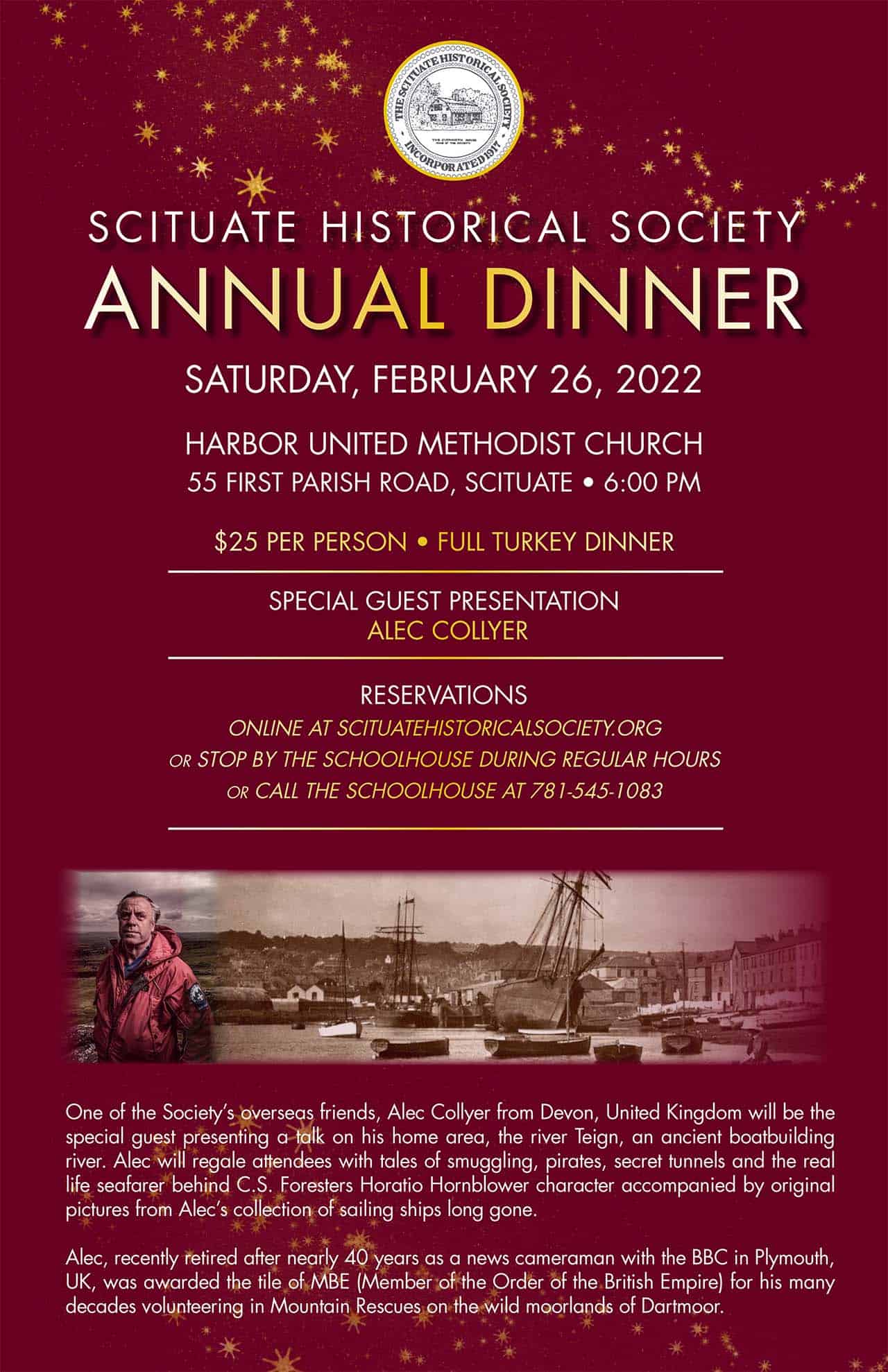 Join us for Scituate Historical Society’s Annual dinner on Saturday, February 26, 2022 at the Harbor United Methodist Church at 6:00pm.  The evening will include a great turkey dinner with all the fixings. Alec Collyer from Devon, United Kingdom will be the special guest presenting a talk on his home area, the river Teign, an ancient boatbuilding river. Alec will regale attendees with tales of smuggling, pirates, secret tunnels and the real life seafarer behind C.S. Foresters Horatio Hornblower character accompanied by original pictures from Alec’s collection of sailing ships long gone. Alec, recently retired after nearly 40 years as a news cameraman with the BBC in Plymouth, UK, was awarded the tile of MBE (Member of the Order of the British Empire) for his many decades volunteering in Mountain Rescues on the wild moorlands of Dartmoor.

It promises to be a terrific night!

Due to popularity, this event is now SOLD OUT.