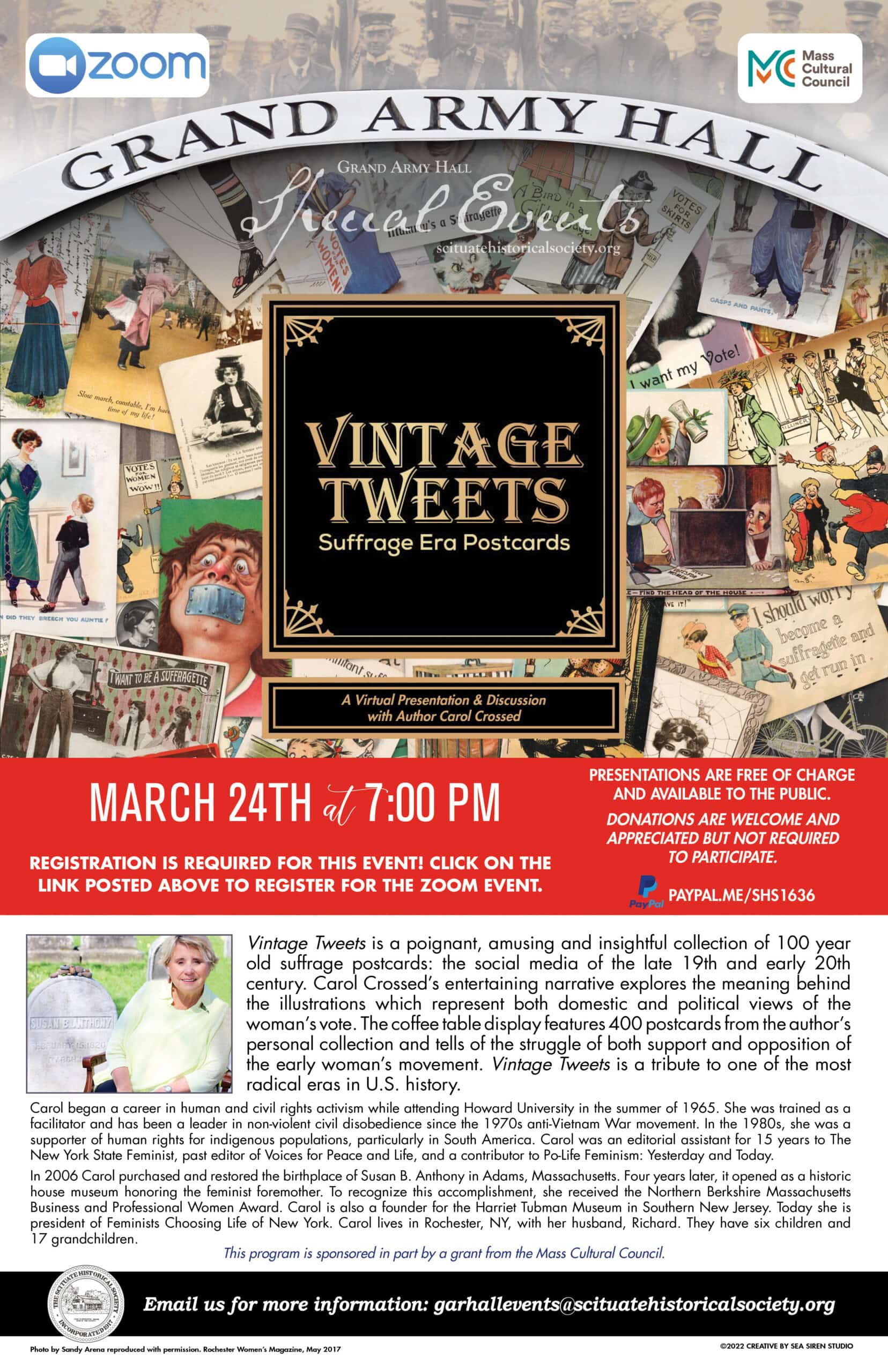 Join us for a virtual presentation and discussion with author Carol Crossed.

Vintage Tweets is a poignant, amusing and insightful collection of 100 year old suffrage postcards: the social media of the late 19th and early 20th century. Carol Crossed’s entertaining narrative explores the meaning behind the illustrations which represent both domestic and political views of the woman’s vote. The coffee table display features 400 postcards from the author’s personal collection and tells of the struggle of both support and opposition of the early woman’s movement. Vintage Tweets is a tribute to one of the most radical eras in U.S. history.

Donations are welcome and appreciated, but not required to attend.  Click here to make a donation via PayPal.

This program is sponsored in part by a grant from the Mass Cultural Council.

Carol began a career in human and civil rights activism while attending Howard University in the summer of 1965. She was trained as a facilitator and has been a leader in non-violent civil disobedience since the 1970s anti-Vietnam War movement. In the 1980s, she was a supporter of human rights for indigenous populations, particularly in South America. Carol was an editorial assistant for 15 years to The New York State Feminist, past editor of Voices for Peace and Life, and a contributor to Po-Life Feminism: Yesterday and Today.

In 2006 Carol purchased and restored the birthplace of Susan B. Anthony in Adams, Massachusetts. Four years later, it opened as a  historic house museum honoring the feminist foremother. To recognize this accomplishment, she received the Northern Berkshire Massachusetts Business and Professional Women Award. Carol is also a founder for the Harriet Tubman Museum in Southern New Jersey.

Today she is president of Feminists Choosing Life of New York. Carol lives in Rochester, NY, with her husband, Richard. They have six children and 17 grandchildren.