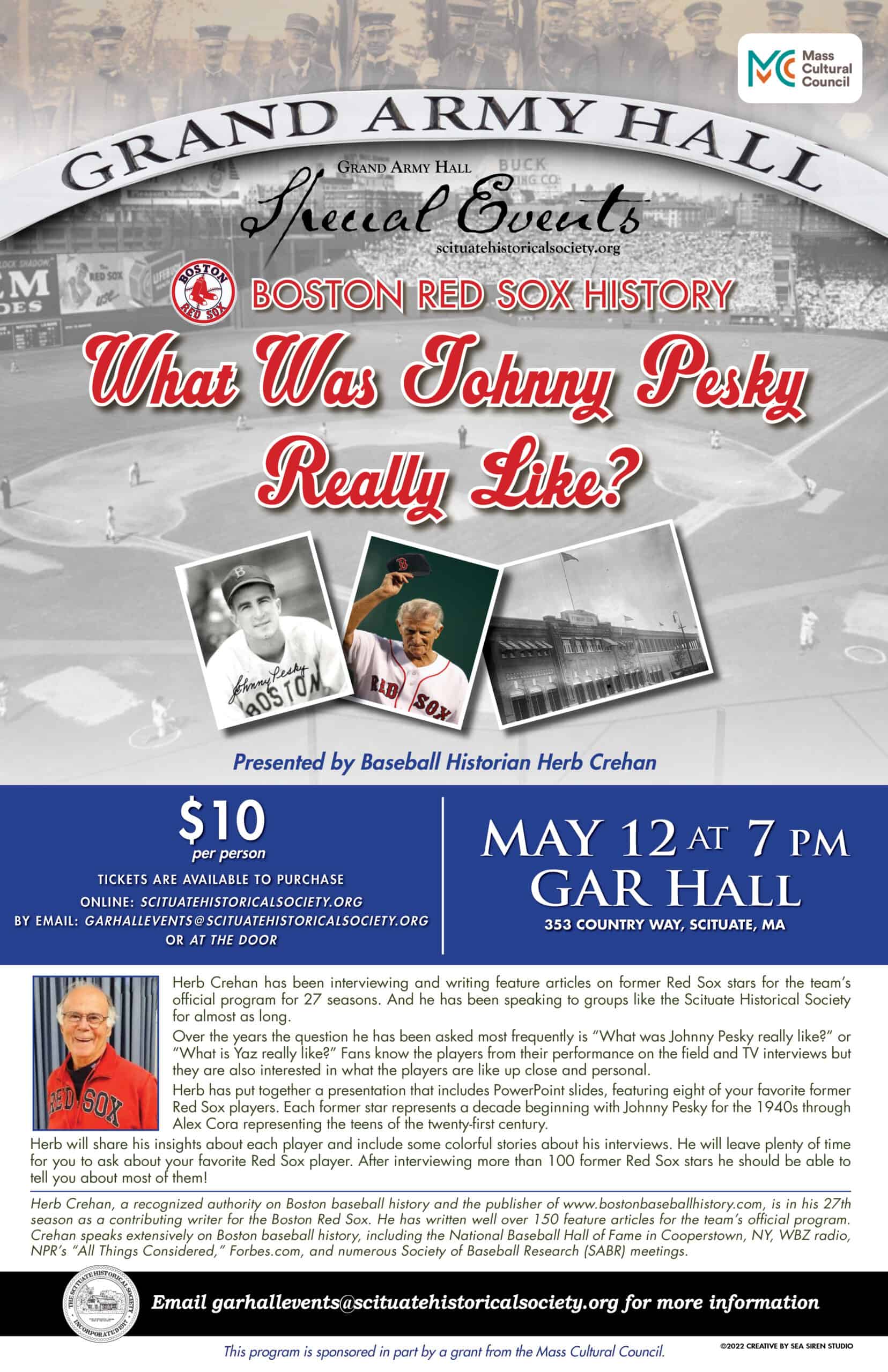 Herb Crehan has been interviewing and writing feature articles on former Red Sox stars for the team’s official program for 27 seasons. And he has been speaking to groups like the Scituate Historical Society for almost as long.

Over the years the question he has been asked most frequently is ”What was Johnny Pesky really like?” or ”What is Yaz really like?” Fans know the players from their performance on the field and TV interviews but they are also interested in what the players are like up close and personal.

Herb has put together a presentation that includes PowerPoint slides, featuring eight of your favorite former Red Sox players. Each former star represents a decade beginning with Johnny Pesky for the 1940s through Alex Cora representing the teens of the twenty-first century.

Herb will share his insights about each player and include some colorful stories about his interviews. He will leave plenty of time for you to ask about your favorite Red Sox player. After interviewing more than 100 former Red Sox stars he should be able to tell you about most of them!

Herb Crehan, a recognized authority on Boston baseball history and the publisher of www.bostonbaseballhistory.com, is in his 27th season as a contributing writer for the Boston Red Sox. He has written well over 150 feature articles for the team’s official program. Crehan speaks extensively on Boston baseball history, including the National Baseball Hall of Fame in Cooperstown, NY, WBZ radio, NPR’s ”All Things Considered, 11 Forbes.com, and numerous Society of Baseball Research (SABR) meetings.